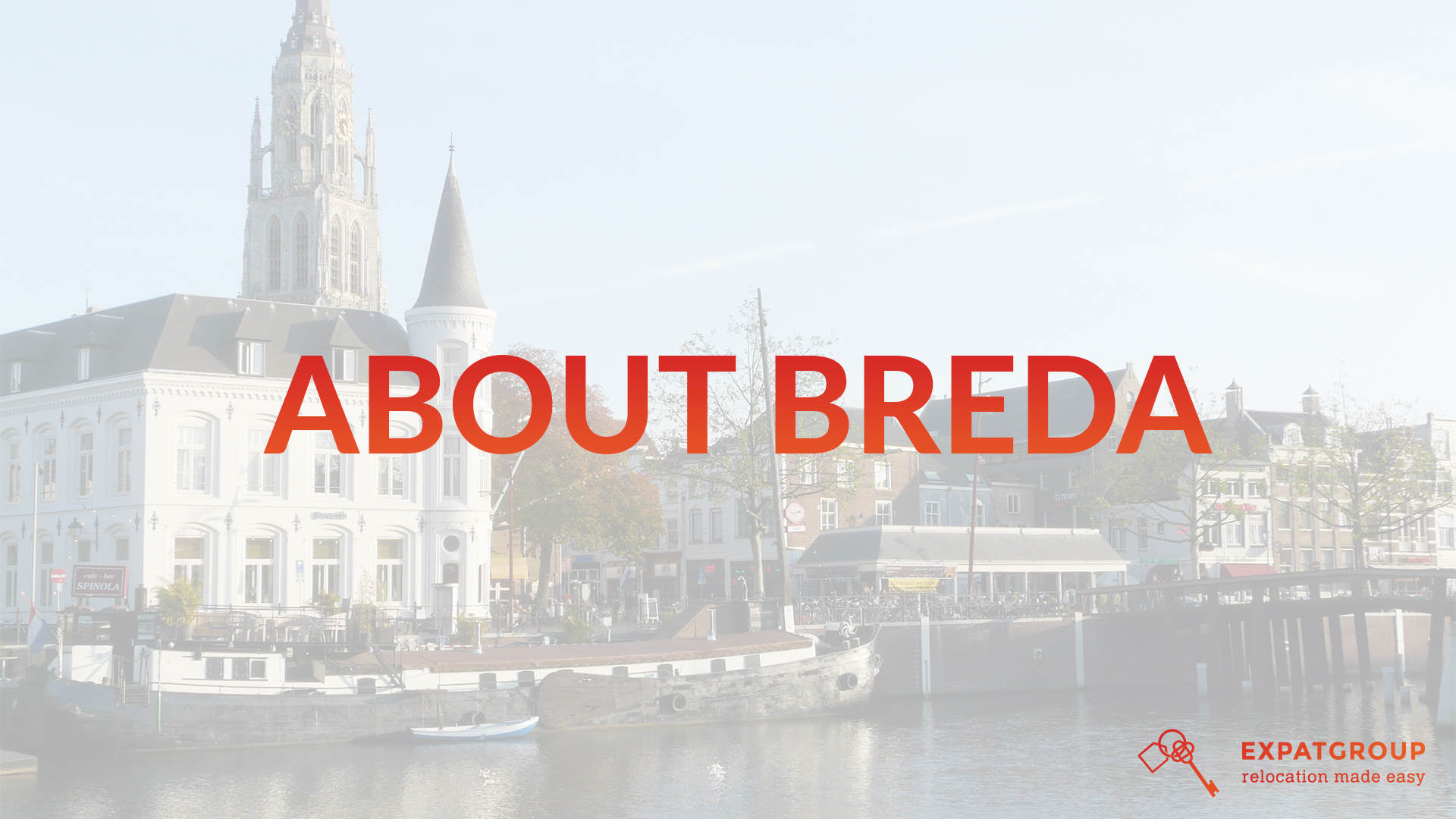 Breda is a service-oriented economy based on business, trade, and logistics. A growing number of international companies choose to establish their head office for Benelux operations in Breda in The Netherlands. As the city where culture, nature, ambitious business and pleasure come together beautifully, it is one of the reasons Breda has been named the best city center in the Netherlands! But Breda has more ambitions, as the city aims to be the first European City situated in a green Park by 2030.

With more than 175,000 inhabitants, Breda is a large city in the western part of Brabant. The city is located around the River Mark. The river starts in Belgium and winds through to Breda, where it ends up in one of the canals. The city center contains old buildings and portions of the singels (moats) and the harbor.

Focal point is the Grote Markt, the main square with pubs and sidewalk cafes. Since 2007 the tour boats have been sailing along the harbor and through the Breda canals. Because of the low quays in the harbor, it is easy for boats to moor, and it is a great place to visit a lot of nice cafés and restaurants. Click here for the 10 best restaurants in Breda in the Netherlands

The history of Breda

Originated in the mid-12th century and was granted city rights a hundred years later. It is now part of the Union of Orange Cities: On 31 August 1963, the cities of Breda, Diest, Dillenburg and Orange founded the Union of Orange Cities. The twinning between Orange – the principality of the counts of Nassau – and Breda, where the Nassau’s resided for over a century and a half, was the Union’s starting point.

Today, on King’s Day (April 27), the (orange) party is being celebrated in a big way. In addition to the free market, more than four thousand people have been celebrating the music spectacle of Radio-538 on the Chasséveld for a number of years in an extraordinary way.

Are you looking for some more peace and quiet? Then a visit to the beautiful beguine is more than worthwhile. On the edge of the Valkenberg Park you will find an oasis of peace. Traditionally it was a monastery community where serenity and tranquility were a must.

The oldest monument and the most important historical point in the city is the “Onze Lieve Vrouwekerk” from the 15th century. The spire proudly protrudes above the city.

“Breda is one of the most beautifull cities in The Netherlands

Is Breda in The Netherlands the place where you choose to live and work? What can we, as Expat Group, do to help you settle in and make your transition here as smooth as possible?

Expat Group and Ingenhousz joined forces to be able to offer a complete package for Expats who decide to live their short stay at Ingenhousz to the fullest. If you are moving to or near...
Read more
October 8, 2019

What: release party of FRITS magazine and opening new parking garage Eindhoven Airport Last week I (Valerie van der Pas) met Eddie de Mol, a top photographer if I might say so.  We had a...
Read more
October 1, 2019

Baby Shower in the Netherlands

??English: New in the Netherlands: The baby shower! Future moms are supposed to be pampered! More and more, parties are being organized where the future moms are the center of attention; where party decorations in...
Read more
August 7, 2019

City of Light Eindhoven, a modern metropolis that is bursting with creativity, a dynamic business community that lives on innovative solutions. Named City of Light, because in 1907 the Metal Light Bulb Factory Philips had...
Read more